We saw this movie last weekend.
It’s a New Zealand production filmed as a (mock) documentary. It follows the lives of four modern vampires living in Wellington.

All characters have their appeal but Viago, with the way he looks at the camera, is particularly hilarious.

A must see if you like good humour and vampires.
96% on Rotten. 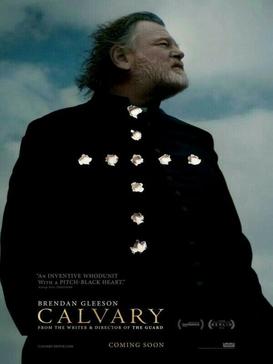 Last weekend we finally saw Calvary, a movie recommended to us by The Filmdog–aka our brother-in-law.

The movie is an Irish drama set around the theme of catholic priests pedophilia, with multiple characters declaring having been molested by priests.
James, the main character and focus of the story, is a priest in a very small town. A good priest, struggling with his humanity, his weaknesses and values. He’s told in the opening scene that he’s going to be killed next Sunday. The movie is set in the week that precedes that Sunday.

It’s a dark flick that successfully illustrates some aspects of human nature.

Last evening we had the pleasure of watching American Hustle.
I loved it. It was fun, pretty to look at, had an amazing performance by all actors and was written beautifully.
If you didn’t watch it yet, go do it now. (Of course you probably watched it already because it came out last year so good job!)

Fantastic! Fantastic, I tell you.

I heard about Shame from a few different people but never had the opportunity to watch it before now. Telmo and I watched it two nights ago and I was slightly disappointed.
I expected it to be a really heavy movie filled with emotion and drama but what I felt was more on the “it’s okay” category. I suspect if I’ve seen it in any other day I would feel different, so I’m saving my final judgment for when I see it again in another state of mind.

I have a few things to say, though.
I think people should chill out about speaking of this movie as if it’s The Sad Life of a Sex Addict. I don’t think he is a sex addict. I don’t even know if it’s possible to be a sex addict. (Maybe it’s an American thing…) When the human prime directive is to have sex and reproduce, can someone get addicted to a prime directive? Isn’t that exactly what is meant to be? He likes porn, hookers and risk taking (by implicitly having unprotected sex). So? He can afford the hookers and he is an unattached adult so quit it with the finger pointing, people!

He is lonely. He lives in a society that exalts monogamy and relationships as the only acceptable model of reality. As we see in the movie, his MARRIED boss is screwing around. Is his wife okay with that?

The pressure of a relationship, any relationship—as we see in the way he deals with his sister—is too much for him. He isn’t a sex addict, he is just emotional undeveloped.

It’s a pretty movie visually and the writing is good. I just need to watch it when I’m not in a funk.

Saturday we went to the movies and because my brother-in-law mentioned it, I suggested we go see The Grand Budapest Hotel by Wes Anderson.
Wes Anderson is one of those directors that always makes beautiful movies. Unfortunately, they fail to entertain me sometimes. (Didn’t really like Moonrise Kingdom… Meh!)

But The Grand Budapest Hotel was super fun!

I loved the structure of the movie, the writing, the performances, the sets, the colours… Everything really.
Whimsical as always, Wes Anderson delivered a simple story about loyalty and love without being sappy or dull. Quirky and delicious!

At last I got to see the last Batman movie, and I loved it.
Good writing, great visuals, very good action scenes, amazing actors, and the only superhero that makes my heart flutter. Doesn’t hurt that the Batman is such a libertarian hero.